Spending on Defense Is One Great Big Lie 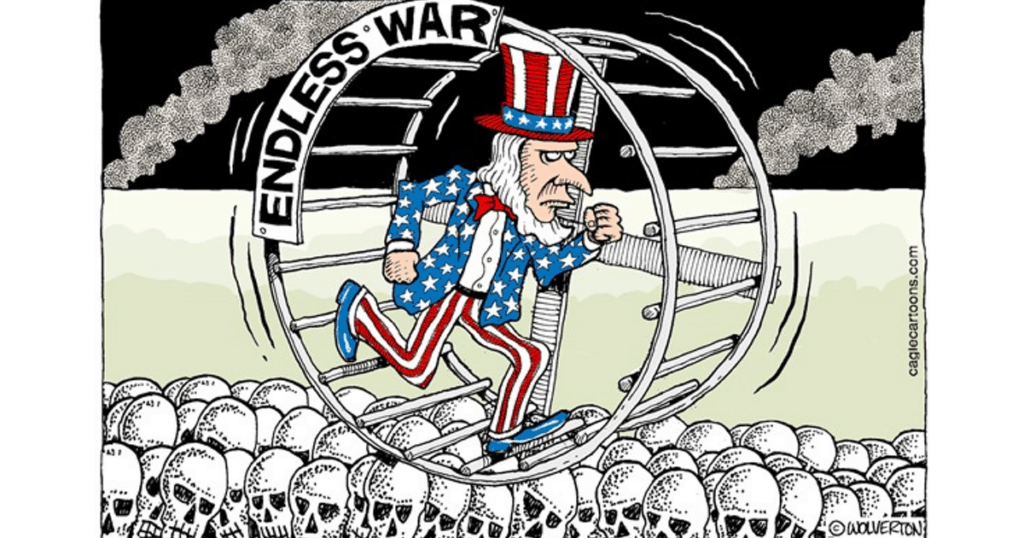 Washington Post columnist Robert Samuelson is worried. He thinks that maybe — just maybe — the U.S. government is not spending enough on defense. In a column entitled, “Here’s Why We Could Be Under-Spending on Defense,” Samuelson has come up with a complicated formula that has caused him to fear that China and Russia might actually be spending more money on their militaries than the United States. Bringing to mind the famous missile-gap controversy during the Cold War, Samuelson wrote, “Our reputed military superiority might be exaggerated or a statistical fiction.”

I won’t delve into Samuelson’s complicated formula for arriving at his scary conclusion because, well, it is complicated, a point that even he concedes:
The only way to find out is to estimate our and their defense budgets, using an unconventional methodology called “purchasing power parity” (PPP). To do that, Congress should create a task force of experts that would examine Russia’s and China’s defense spending and compare it with our own.
So, I’ll leave his main point to that task force of experts. I do wish, however, to confront the other major point in Samuelson’s analysis, one to which he, like so many others in Washington, D.C., is obviously oblivious: that U.S. spending on the military and the rest of the national-security establishment is for defense. That is one great big delusion and falsehood.

After all, defense means that one is defending. In a personal context, that means that when someone comes up to you and throws a punch, and you respond by raising your hands to block the blow, you are defending. He is the attacker and you are the defender. In an international context, if one nation invades another nation, the invading nation is the attacker and the invaded nation is the defender.

During the last 70 years, the U.S. government has spent trillions of dollars for “defense.” But it hasn’t really been for defense because no other nation has ever invaded the United States during that time. Of course, the U.S. has been embroiled in several foreign wars that have cost a lot of money, but none of those wars involved defense since the opposing nations never invaded the United States.

Consider the Korean War. North Korea never attacked the United States. The same holds true for North Vietnam. And Panama. And Grenada. And Cuba. And Iraq. And Afghanistan. And Syria. And Libya. And many more. None of them ever invaded the United States.

So, what have all those trillions of dollars been spent on if not defense? The answer is: empire and intervention, which oftentimes encompass instances where the U.S. government, ironically, is the attacker and invader and the targeted nation is the defender.

Iraq is a good example. After the 9/11 attacks, which were not the first step in an invasion of the United States but rather a retaliatory act for U.S. empire and intervention in the Middle East, President George W. Bush and the U.S. national-security establishment decided to attack and invade Iraq, a country that had never attacked the United States. That’s because 11 years of U.S. economic sanctions, which had killed hundreds of thousands of Iraqi children in the 1990s, had nonetheless failed to oust Iraqi dictator Saddam Hussein from power. Bush’s invasion and long occupation of Iraq made the U.S. the aggressor power and Iraq the defending nation. There is no way that anyone can rationally argue that the hundreds of billions of dollars spent on the Iraq War were for “defense.”

Of course, this gigantic lie is manifested in the name “Department of Defense.” It is clearly a false name but one that hardly anyone questions. It really should be named the “Department of Empire, Interventionism, and War.”

Why is it important to U.S. officials that Americans be made to believe that all this massive military spending, year after year, is for “defense.” What better way for the national-security establishment to keep sucking ever-increasing monies from American taxpayers than to continue making them believe that U.S. aggression, interventionism, and empire constitute “defense.”
This article was originally published at The Future of Freedom Foundation. 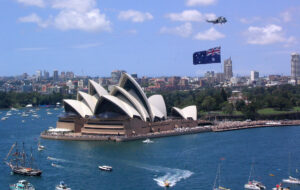 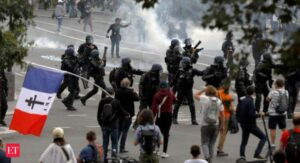