Journalist Ian Birrell says “it was a very strange series of events” which led to the COVID-19 lab leak theory being branded “conspiracy theory”.

Mr Birrell said in late January 2020, the predominant view “among experts in the field was that this virus showed signs of engineering – and they all feared a lab leak”.

“Most of them, if pushed at the time, from what we’ve seen, actually favoured the idea of a lab leak over natural zoonotic transmission.

“Then suddenly, a paper is sent to Dr Anthony Fauci, which talks about a research done by the Wuhan Institute of Virology … Dr Fauci then circulates that to people.

“Dr Jeremy Farrar, the head of the most important funding research body in Europe, the Wellcome Trust, organises a meeting of 13 people.

“Within days, they all seem to switch views.”

j0hnd0n
“Conspiracy theorists” these days should be renamed as spoiler alerts.

Paul Faigl
A health minister. Installed like the fake president.

TaylorMinksMusic
At this point if you’re not a “conspiracy theorist” then you’re just not paying attention.

Timothy of Cox
We can no longer trust ANYONE in the establishment, worldwide, but ESPECIALLY in Australia.

Nelford The Third
Remember when Trump pulled funding for WHO saying it was beholden to China, and it was branded a diversion tactic?

Paul McCarten
“CONSPIRACY THEORY”
A contemptuous term used primarily by the media to slander anyone who questions their monopoly on truth.

Dularr
Fairly simple. The media absolutely did not want to give President Trump a win on blaming China for the lab leak. 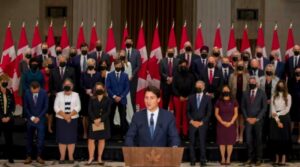 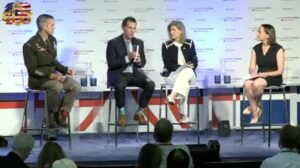