The party’s state convention adopted a plank denouncing the US president’s election as illegitimate.

Texas Republicans adopted a plank to their platform declaring the 2020 election of Democrat Joe Biden as US president to be illegitimate on Saturday during the party’s first in-person convention since 2018. It was one of several planks signaling a further shift right.

“We reject the certified results of the 2020 presidential election, and we hold that acting President Joseph Robinette Biden Jr. was not legitimately elected by the people of the United States,” the resolution, passed by voice vote, reads.

The majority of Republicans believe the 2020 election was stolen, with a recent poll indicating seven out of 10 are convinced Biden is an illegitimate president despite nearly two years of non-stop messaging to the contrary. According to Politifact, attempting to “fact-check” the beliefs of those who believe the election was stolen has only led them to hold tighter to those beliefs.

Attempts to demonize those questioning the results by tarring them as would-be insurrectionists amid the January 6 riot hearings have not budged the needle either, merely inflaming both sides of the debate once again.

Former President Donald Trump himself still insists the election was stolen. However, despite numerous legal challenges in multiple states, his campaign was unable to flip a single electoral vote. He has continued to hold what are effectively campaign rallies in the intervening years despite technically not running for president in 2024, though he teased a possible run again during a recent event in Nashville.

Biden officially received 7 million more votes than Trump, taking 306 Electoral College votes to Trump’s 270. While several members of the Democratic National Committee recently went on the record with the New York Times suggesting Biden should retire after serving his term, the president reportedly plans to run again, potentially setting up a rematch with Trump.

The planks of the Republican Party platform are not legally binding and candidates are not required to swear fealty to them in order to run under the party banner. In general, they reflect the wishes of the most activist members of the party – those who show up to its biannual conventions to make their opinions felt.

Aside from denouncing Biden’s election as false, the Texas Republicans also voted to declare homosexuality an “abnormal lifestyle choice” and gender identity disorder a “genuine and extremely rare mental health condition,” while declaring that schoolchildren should “learn about the humanity of the preborn child.” Additional planks include restricting the government’s abilities to regulate gun ownership or change the number of Supreme Court justices, abolishing the federal income tax, and shutting down the Federal Reserve. 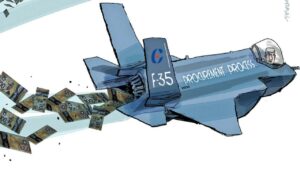