The horse has bolted and the emperor has no clothes 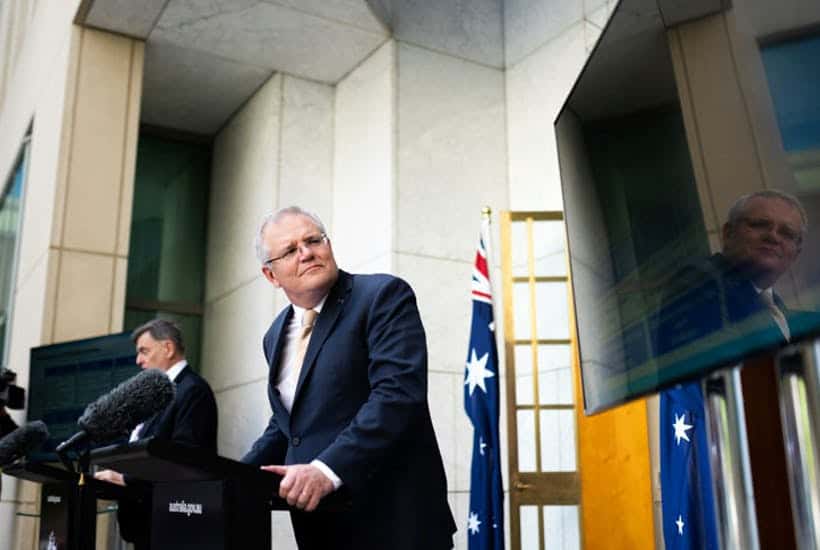 On the greatest act of political misfeasance in our history

‘The Emperor has no clothes’. This expresses, in literary terms, the overwhelming view of  the nation. Australians have been outraged to see the elites — prime minister, premiers and police chiefs — support  a  right to protest about  an event far away and beyond our control as an exception from their recession-making lockdown. The result was an authorised communist-led demonstration through peak-hour Sydney followed by a second one a few days later.

This disgrace has made inevitable a multi-billion-dollar class action by Australians betrayed by the very people entrusted to lead the nation, an action likely to succeed.

When the elites heard the universal outrage to this expressed by rank and file callers to Alan Jones’ successor on Sydney radio station 2GB, Ben Fordham, they attempted a tactical PR retreat.

This did not save them then nor should it save them from being found guilty of the greatest betrayal in the history of this nation.

The horse had bolted with demonstrations breaching the lockdown held across Australia.

The reaction against the politicians and the police bosses has been so strong and so unqualified that had the Coalition delivered what they had once promised, the right to recall elections, the New South Wales government would soon be answering at the ballot box.

The decrees to impose this adopted in that opaque politburo, the pompously self-styled ‘National Cabinet’, were given legal effect by subservient  ministers, federal and state, including NSW Health Minister Brad Hazzard, made famous by  the MV Ruby Princess imbroglio. This, as we have been at pains to point out, is but one example of the politicians’ reckless indifference to the maintenance of proper entry standards for at least seven weeks after they were made aware of the Wuhan coronavirus.

The lockdown resulted in completely unnecessary limitations on the common-law rights of millions to carry on a lawful business, the unlawful home detention of the population and suffering and even death from the unnecessary suspension of elective surgery, the inaccessibility of medical services and other burdens.

Together these constitute, on any fair assessment, the greatest act of political misfeasance in public office in the history of this Commonwealth.

Until now the record for this legally actionable civil wrong was held by Julia Gillard’s agriculture minister, Joe Ludwig, who issued an ABC-inspired ban  unnecessarily prohibiting the export of all livestock to Indonesia for six months. According to the recent assessment by that superb Federal Court justice, Stephen Rares, Ludwig was recklessly indifferent not only as to his power to issue such a total ban but also as to the injury it  was calculated to produce. He had before him a viable alternative.

In the present outrage, the ministers were equally recklessly indifferent both as to their powers and as to the massive damage they would do with the lockdown. Moreover, they chose this course of action while having before them alternatives more consistent with the people’s rights.

Their indifference has been demonstrated not only by the granting of exemptions to demonstrators. Their recklessness is shown by the last minute introduction of the JobKeeper program, so rushed it involved a mathematical mistake to an unbelievable extent— $60B — and so poorly designed that it now encourages casuals not to return to work.

Their reckless indifference is also demonstrated by their disregard for  world’s best practice developed by Taiwan, as well as Sweden’s example. There, expert Professor ‘Lockdown’ Ferguson had claimed that without a draconian lockdown, 90,000 people would die. Unlike Australia, where we have the natural advantage of being a remote island nation, whatever the Swedes did, their death rate would never be small. Ignoring Ferguson, their death rate is under 1/20th of his prediction, mainly the elderly, especially in nursing homes.

But as with Ludwig, the guilty will  escape personal retribution and the taxpayer will pay.

The law should be changed to empower a court to require some reasonable contribution from the guilty sufficient to give all politicians some incentive not to hurt the innocent unnecessarily. There should also obviously be a separate criminal offence for serious misfeasance.

What this scandal demonstrates is that politicians are rarely experts in good government. Their expertise more often than not seems to be in avoiding and manipulating the truth, plotting worthy of Machiavelli and self-interest. There is too often a complete absence of common sense. That is why Australia must take back their country so that institutionally — through, for example, the threat of recall elections — their common sense can prevail.

Meanwhile, it is important to understand that the US lockdowns, more severe in the Democrat-run states, serve as the fourth stage of the uninterrupted campaign against Donald Trump. The first was to block his election through illegal wiretaps, the second to impeach him over Russian collusion  for which the perpetrators knew there was no evidence, the third to impeach him over a  proper phone call to the Ukrainian president and the fourth to use the lockdowns to argue against his re-election. That election is crucial; as Labor grandee Graham Richardson admits, when it comes to controlling Communist China, Donald Trump is the only game in town.

This campaign is not only by a Democratic party captured by the far Left, but also through its propaganda arm, the US  mainstream media. It is from this corrupt media that most Australian and Western media unfortunately take their cue. 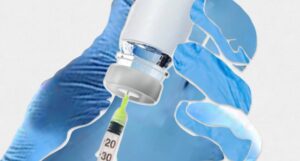 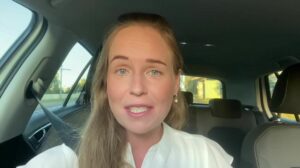