US is upset that if it loses in Ukraine, the World order will be at risk.

ANR Founder says “the US pushes more propaganda suggesting if Russia wins in Ukraine the world order, one of rules based order, will be in threat.

To translate it means the Western Oligarchs, the richest families on the planet that have installed puppet regimes across NZ, Australia, Canada, UK, Canada, France, Germany and others and mostly the US, would no longer rule the world and would be replaced by a multipolar world led by the BRICS nations. None that show imperialist actions like the US and the West do.

The fall of the Western Cabal continues, and free loving Global citizens have a lot to be happy about and should enjoy this change of the World order.

US Comments on ‘Challenges’ to World Order

If Moscow is allowed to win in Ukraine, the world will revert to a state of “might makes right,” Washington believes

The ongoing conflict between Moscow and Kiev could threaten the existing world order, US Secretary of State Antony Blinken told the Thai public broadcaster on Monday. According to Blinken, Russia “challenges” what he called the “rules-based” world order and would create a new reality in the international arena if allowed to achieve its goals in Ukraine.

The existing international rules are based on “basic understandings,” Blinken said, arguing that “respect for sovereignty, for independence, for territorial integrity, for human rights” are the foundations of the order centered around the UN.

Russia’s “aggression against Ukraine” challenges all of that, Blinken said. “If Russia is allowed to do what it’s doing, that means that we’re going to go back to a world in which might makes right, in which big nations can bully small nations,” which would be “the opposite of the rules-based order,” he added.

In addition to Moscow acting as the international troublemaker, Blinken said Beijing is “posing a challenge to the order in the way that it acts with increasing aggression in the region, and with increasing repression at home.” He did not explain what exactly he meant by China’s “aggression.”

Russia sent troops into Ukraine on February 24, citing Kiev’s failure to implement the Minsk agreements, designed to give the regions of Donetsk and Lugansk special status within the Ukrainian state. The protocols, brokered by Germany and France, were first signed in 2014. Former Ukrainian president Petro Poroshenko has since admitted that Kiev’s main goal was to use the ceasefire to buy time and “create powerful armed forces.” 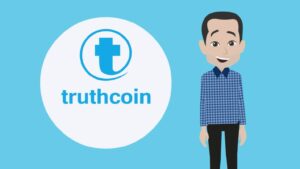 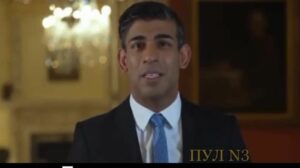