There Is Actually Two Truth Socials When It Comes to Social Media Companies, and Trumps Wasn’t the First, and He Could Face Massive Law Suits for Using a Similar Name Truthbook.social

There Is Actually Two Truth Socials When It Comes to Social Media Companies, and Trumps Wasn’t the First, and He Could Face Massive Law Suits for Using a Similar Name Truthbook.social

There is actually two Truth social’s when it comes to social media companies, and Trumps wasn’t the first, and he could face massive lawsuits for using a similar name Truthbook.social

Truthbook.social is a growing social media platform that started accepting users mid laser year, well before Trumps Truth.social which is yet to officially launch.

It’s reported that Trumps team actually wanted “Truthbook” as the name as it’s like Facebook but speaks the Truth.

But despite knowing it was taken, by an actual active social media platform that’s been steadily growing, they decided to simply use a similar name and call there’s Truth.social. One of many names they had bought or registered as possible names. It was registered back in 2019 by unknown entity and believed to have been purchased much later by Trumps team.

Will this lead to a lawsuit against Trumps truth.Social?

And even stop it dead in its tracks for using a similar name for exact same industry knowing it was already in existence.

Yes and not likely.

Truthbook.social is backed by independent Media and Crytpocurrency Truthcoin and reportedly signed up almost 20,000 users in its first 7 weeks, faster the Facebooks first 7 weeks, and had over 50,000 posts by then. It’s more like Facebook in features, which would suit users more than Trumps Twitter style one which isn’t ideal for sharing of info that the freedom movement love or group chats like telegram where most potential users of Trumps now are.

Truthbook.socials launches on App Store in the coming weeks and is available on Google Play or already.

Its growth despite no App Store app yet suggests although it can’t compete with Trumps massive following, it’s rumored it’s soon doing a capital raise to fund growth and to fund a possible lawsuit against Trumps misuse of its name for obvious financial gain. Trump could end up having to change ids name which would hurt its launch or hand over potentially hundreds of millions in damages in cash or shares in his media company

A new social media platform Truthbook.social, also known as ANR Social, is built by the people for the people, a force for good. Powered by Australian National Review an independent, not-for-profit news media company, built by the people for the people, as well. Truthbook.social not to be confused with Truth.social being launched by Trump soon, is growing fast, no doubt as it’s backed by Global Independent Media who have many readers deserting traditional platforms like Facebook and Instagram from the “censoring” of anyone not adhering to the false Covid narrative being pushed. 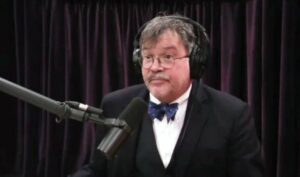 Who is the Real Mass Murderer: Peter Hotez or Steve Kirsch? 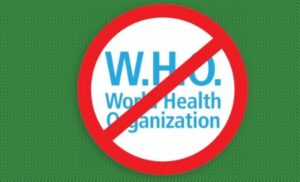