Tomorrow could be the most dangerous day of this century, Sky News host Andrew Bolt says.

“Nancy Pelosi, speaker of the US House of Representatives, second in line to take over from the president if he dies, has confirmed she will fly tomorrow to Taiwan,” Mr Bolt said.

“Taiwan is an island off China, and a democracy. But the Chinese dictatorship says it’s actually a renegade province, Chinese territory.

“In fact, China has been conducting live fire exercises near Taiwan, and on Sunday sent one of its aircraft carriers from the south, apparently towards Taiwan,” he said.

“US warships are now poised behind Taiwan to offer protection.”

Mr Bolt discussed the issue with The Australian’s North Asia correspondent Will Glasgow.

Tempus
“One day the common people are going to get angry and demand peace, and we generals and politicians had better get out of their way.” – Dwight Eisenhower, 34th U.S. president.

Rich Tygart
Haha! As an American, I’m kind of torn because I certainly don’t want China attacking America but the human gene pool will not suffer at Nancy Pelosi’s loss.

Doubleplus Ungoodthinkful
I love how Will smiled when the host mentioned that China said they might shoot down Pelosi’s plane.

Melissa Dangerfield
All for a woman that couldn’t tell the truth if her life depended on it.

emmawang1999
One simply cannot practice electoral democracy in a country where over 70% of the media market is controlled by one company. By this standard, Australia is not a democracy, neither.

Jim Healy
Involvement in a war is the perfect external distraction for a failing administration. Look at recent history.

Dan R
I thought the Speaker of the House was not allowed to act in foreign affairs. That’s the Presidents branch of government. If we had a strong President this would not happen. United Kingdom announces that the United States is still a colony and will taking it back.

Nobody
I don’t think I’ve ever met an American who would actually be upset if China shot down pelosi’s plane.
I think we’d let it slide. 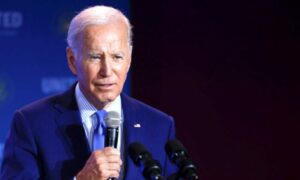 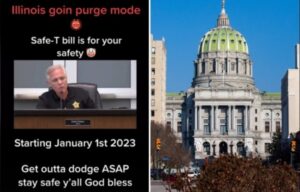