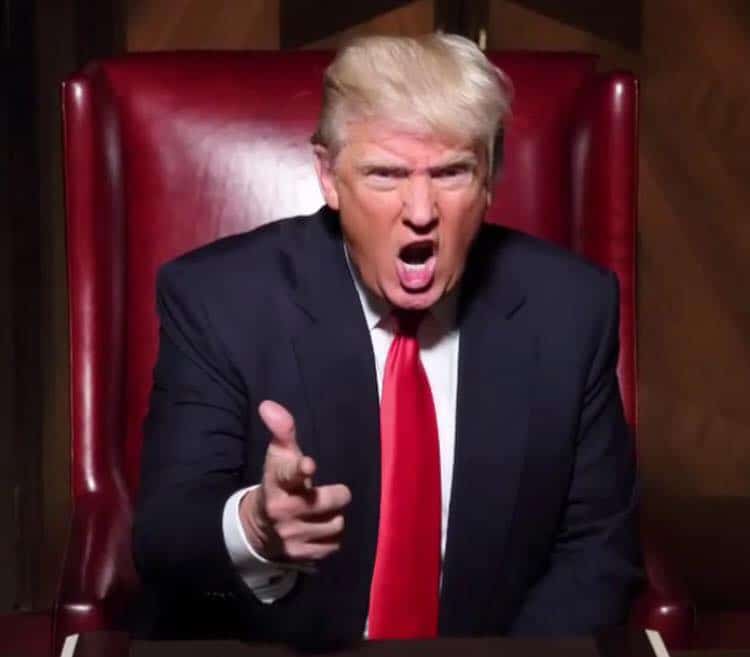 In June I reported that President Donald Trump is zeroing in on the elite pedophile rings. There are dozens of politicians, government officials and celebrities – including Harvey Weinstein, Jeff Epstein, Anthony Weiner, Mark Salling and eleven Democratic mayors – who have been arrested or are currently embroiled in major sex or pedophilia scandals since Trump’s election victory. The powerful peers of these sexual predators and pedophiles have vigorously protected them for decades; however, now they’re no longer safe. Trump is fully committed to exposing and stopping the sexual criminality and child sex trafficking that’s run rampant in DC and Hollywood for far too long.

On Feb. 23, during a listening session at the White House on human trafficking Trump said: “Dedicated men and women across the federal government have focused on this for some time — as you know it’s been much more focused over the last four weeks.” Trump meant what he said and wasted no time going after child sexual predators. During Trump’s first month in office alone, authorities arrested over 1500 individuals for charges related to pedophilia. The mainstream media not only has refused to cover child sex trafficking among the elites, they’ve actively covered up for pedophiles because many in the media are involved. However, I wrote in February that this story would eventually get so big that the mainstream media will be forced to cover this epidemic. We’ve finally reached that boiling point.

On Thursday The New York Times released a bombshell report revealing that movie mogul Harvey Weinstein of the Weinstein Company has paid off at least eight women who claimed he sexually assaulted them. He made sexual advances toward Ashley Judd, told an employee on her first day that he’d boost her career if she accepted his sexual advances and forced another employee to give him a massage, according to the report. Although there are no public reports of Weinstein sexually assaulting children or downloading child pornography, he has aggressively defended Roman Polanski who was convicted of raping a 13-year-old girl. Not only did Weinstein stick up for the pedophile, he campaigned for the courts to commute his sentence by starting a petition and wrote an entire op-ed on his behalf titled Polanski Has Served His Time & Must Be Freed. Meryl Streep gave Roman Polanksi a standing ovation at the Oscars after he was convicted of child rape and Whoopi Goldberg insisted the sexual assault of the child not a real rape. “I know it wasn’t rape-rape,” Goldberg said.

Not only does Weinstein have slew of close A-list friends such as Streep and Jay-Z, he’s also close with both former President Barack Obama and Hillary Clinton. The disgraced mogul is so tight with these Democratic leaders that he visited the White House 13 times while Obama was in office and held a fundraiser for Clinton at his private Manhattan home last June. Disturbingly, Obama’s daughter, Malia, interned for Weinstein’s company in New York during a break before college.

On Tuesday former Glee star Mark Salling plead guilty to one possession of child pornography stemming from an indictment filed last year. He admitted to downloading over 50,000 images and videos of child pornography. Multiple women have accused Salling of sexual assault.

Former “Sons of Guns” star Will Hayden was sentenced to life in prison in May for raping two children. Hayden was found guilty of repeatedly raping two female victims for years between the age of 11 and 13-years-old. Hayden’s daughter, Stephanie, who also starred on the show, was arrested in 2014 on allegations of child abuse. She allegedly allowed her son to be physically abused by her husband. She said her father preyed on her as a child, and that her father raped one of the alleged victims “almost daily” for a year.

Earlier this week news broke that Clinton close ally and convicted pedophile Jeffrey Epstein has paid $5.5 million to settle lawsuits filed by three of the more than two dozen teens who sued him. Epstein was accused of recruiting dozens of underage girls as sex slaves and for his wealthy friends. He reportedly trafficked many of the minors on his private island that was visited by Bill Clinton about two dozen times according to flight logs. A source claims Hillary went to the island several times as well. On September 25, a judged sentenced Anthony Weiner, another close ally of the Clintons, to 21 months in jail for sexting with a minor. Weiner’s wife, Huma Abedin, has worked as Clinton’s top aide while she was Secretary of State and during both of her presidential campaigns.

Although most of the elite pedophiles who have been arrested are registered Democrats, there are some big name Republicans involved in pedophilia-related scandals too. Former Oklahoma State Senator Ralph Shortey was charged with child sex trafficking, production of child pornography and two counts of transportation of child pornography involving a prepubescent girl and young boys in March. The former Republican senator attempted to solicit sex from a 17-year-old boy. Shortey was elected to the Oklahoma Senate in 2010 and served till he resigned after his arrest earlier this year. A new accuser filed a lawsuit against Dennis Hastert in May alleging the former Speaker of the House sodomized him decades ago. Hastert was indicted in 2015 for paying hush money to victims he admitted to molesting when they were children as he served as their wrestling coach from 1965 to 1981.

Shockingly, many of the pedophile-related arrests under Trump’s Department of Justice have included law enforcement and judicial elites who are in positions that require them to protect children from pedophiles. For example, former Virginia sex crimes detective Bruce Arlie Harvey pleaded guilty in August to multiple charges of sex crimes against children. Harvey, who also worked as a karate instructor, sexually abused multiple female students who were approximately 13-years-old. The abuse of the children last several years. Former Los Angeles County Sheriff’s Department psychologist Michael Dane Ward was convicted in August of multiple sexual assaults of two young children. He faces a possible life sentence for the crimes, which involved oral copulation, sodomy and lewd acts on children under the age of 10.

New York Sheriff’s Deputy Peter Farnum was arrested on child porn charges in July. The Saratoga County officer is accused of using a home computer to download and store more than 14,000 files of child pornography. Former DC police officer Chukwuemeka Ekwonna was indicted in August on charges of sex trafficking of minors and enticement of minors to engage in prostitution. Prosecutors say that in June of 2012 Ekwonna exchanged messages with minors – including a 14 and 15-year-old girl – offering to pay them to engage in sex acts with him. Ekwonna met up with the 15-year-old in January and allegedly pointed a handgun at the victim in the back seat of his car and demanded she give him back the money he had just paid her.

Former Secret Service agent Lee Robert Moore was sentenced to 20 years in prison on Thursday for sending sexually explicit messages to minors while on duty at the White House. Moore plead guilty in March to enticement of a minor to engage in sexual activity and attempting to transfer obscene materials to a minor. He was fired after his arrest in 2015. Authorities charged California’s former deputy attorney general Raymond Joseph Liddy, 53, with possession of child porn in July after they found images of children engaging in sexual conduct on a computer and a thumb drive in his home. Liddy is the son of former FBI agent and lawyer G. Gordon Liddy. G directed the burglary of the Democratic National Committee headquarters in June of 1972 in the Watergate scandal.

These elite pedophile arrests are just the tip of the iceberg. Weinstein was the first big domino to fall in Hollywood. However, you can rest assured that many more elite child sexual predators – particularly big names in DC and in the entertainment business – will be arrested. When the full truth comes out about how rampant child sex trafficking is in this country, particularly among the elites, the public will remember who had the courage to address this horrendous issue and who chose to turn a blind eye to the rape and torture of infants and kids. As Navy Seal and founder of Veterans for Child Rescue Craig Sawyer has stated, Trump is dedicated to stopping this evil that’s plagued our great nation for far too long. “We’ve got a President now who’s not OK with children being raped and tortured to death so thank God,” Sawyer said.

According to Jamie McIntyre commentary:

An issue many in society don’t wish to address or simply turn a blind eye to or are simply not aware of. Perhaps because they haven’t researched beyond main stream controlled media, or assume living in denial is easier or more comfortable, or feel they can’t do anything about it,  yet it condemns many victims to a certain death  or horrible existence, that we could save. 2 years is sadly the expected life expectancy of a child sold for sex trafficking before they are discarded from being too tortured and injured to survive longer.

Many so called Orphanages or Child Charities are set up and run by the pedaphile network ensuring it’s easily covered up with powerful people providing cover or leveraged to not speak out.
If more become aware of the sheer size of the child sex trafficking industry (Tony Robbins highlighted its larger then the illicit drugs trade and illegal arms trade already, -8 million children a year are going missing to be sold as sex slaves, 800,000 in the US pa) it can only exist in the shadows of society so let’s shine the light on it.
Let’s shine a light on this darkness and make the world a safe place for all children
Surely “children’s lives matter” even if it doesn’t incite protests.