Any minute now, a test version of Donald Trump’s new social media site, Truth Social, is due to go live. Plenty of questions remain about this confusing and ambitious venture, but you can bet it will be bombastic and self-absorbed. Look for score-settling with Silicon Valley to emerge as a major theme. And, of course, the former president is seeking to recover the ubiquitous digital presence he enjoyed before Twitter, Facebook and YouTube barred him in the aftermath of the Jan. 6 insurrection.

Plenty of questions remain about this confusing and ambitious venture, but you can bet it will be bombastic and self-absorbed.

“For me, this endeavor is about much more than politics. This is about saving our country,” Trump says on the homepage of Trump Media & Technology Group, the new company behind Truth Social. “I might be the only person in America with the megaphone, the resources, the experience, and the desire to make it all happen.”

But judging from early marketing, the main way the former president plans to “save” the country is by lashing out at Twitter and Facebook. “We find ourselves being censored and dictated to by a small group of self-righteous scolds and self-appointed arbiters of what everyone else is allowed to think, say, share, and do,” he says. Truth Social “will challenge the dominance of the Big Tech giants and Big Media bosses.”

This message meshes with broader warnings about liberal “cancel culture” and the supposed persecution of conservatives, which are popular on Fox News and almost certainly would animate a potential 2024 Trump presidential run.

Truth Social depicts a site that looks a lot like Twitter. Rather than tweets or retweets, users would send Truths or Re-truths. Promising that, like mainstream platforms, it will police itself, the site is signaling it will have the sort of thin skin Trump himself often displays. Its terms of service warn that it will remove posts that “disparage, tarnish, or otherwise harm, in our opinion, us and/or the Site.” Oddly, given Trump’s well-known typographical preference, the site also bans “excessive use of capital letters.”

Beyond airing hot-button political issues and offering the ex-president a new bully pulpit, Truth Social is also about making money. Employing a gimmicky Wall Street mechanism for going public, Trump and the obscure financiers he is working with stand to make millions.

Or the whole thing could go bust.

Remember that, contrary to his carefully nurtured reality-television image, Trump the businessman has a record of dramatic failures. After leaving the White House, he started a separate digital operation called “From the Desk of Donald J, Trump” — an underwhelming blog meant to keep the ex-president and his pronouncements in the public eye. Relatively few paid attention, and it shut down after a month.

Previous Trump business debacles include Atlantic City casino bankruptcies, a defunct airline, scandal-ridden Trump University, a mortgage company that is no more, and Trump-branded steaks. His hotels and golf courses have struggled during the pandemic, and his main real estate company, the Trump Organization, is under criminal indictment for alleged tax fraud, along with a long-time Trump lieutenant. (Trump himself is not named as a defendant in the case.)

Despite Trump’s shaky financial history, Truth Social got aloft courtesy of its combination with a “special-purpose acquisition company,” or SPAC. A SPAC is a publicly traded shell company, which raises money from investors that its sponsors use to merge with a privately held company that does some sort of actual business. This allows the actual business to become public and raise additional capital without the hassle, delay and regulatory scrutiny of a conventional initial public offering.

In Trump’s case, his Trump Media & Technology Group is the actual business; the SPAC that merged with it is Digital World Acquisition Corp., which trades under the symbol DWAC on the Nasdaq stock exchange. Not long after leaving office, Trump reportedly met with DWAC’s chief executive, Patrick Orlando, a former derivatives trader at Deutsche Bank, to hammer out a deal. DWAC’s chief financial officer, Luis Orleans-Braganza, is a Brazilian politician. Much about the merged company remains unknown to the public, including Trump’s ownership stake, but many financial details will have to be revealed before completion of the SPAC transaction.

The financial fortunes of the Trump social media operation will turn in large part on whether it attracts the sort of heavy traffic that draws advertising dollars.

Despite this opacity, shares of DWAC soared after it announced the Trump deal Oct. 20, although the price fell back somewhat and closed at around $68 on Oct. 29. One of the people who bought DWAC stock on the Trump news was Rep. Marjorie Taylor Greene, R-Ga., a backer of Trump and far-right conspiracy theories. According to a congressional disclosure, Greene invested between $15,000 and $50,000 in DWAC. Two hedge funds headed in the opposite direction: Lighthouse Investment Partners and Saba Capital Management sold their stakes in the company.

The financial fortunes of the Trump social media operation will turn in large part on whether it attracts the sort of heavy traffic that draws advertising dollars. On that score, a recent Morning Consult/Politico poll suggests conservative enthusiasm. Sixty-three percent of Trump 2020 voters said they would visit Truth Social “a lot” or “some.” Only 15 percent of Biden voters indicated comparable interest.

A number of social media platforms already cater to the political right. They include Gab, Parler, and GETTR, which was started by former Trump aide Jason Miller. A Trump promotional slide deck says Truth Social “has the opportunity to galvanize/unify the fragmented ‘non-Big Tech’ universe.” But one suspects that the former president’s ambitions may hew more toward domination than unification. Given his track record, though, failure may be more likely.

A new social media platform Truthbook.social, also known as ANR Social, is built by the people for the people, a force for good. Powered by Australian National Review an independent, not-for-profit news media company, built by the people for the people, as well. Truthbook.social not to be confused with Truth.social being launched by Trump soon, is growing fast, no doubt as it’s backed by Global Independent Media who have many readers deserting traditional platforms like Facebook and Instagram from the “censoring” of anyone not adhering to the false Covid narrative being pushed. 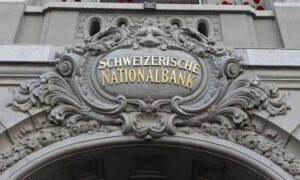 The Swiss National Bank Lost $143 Billion in 2022, by Far the Worst in its History 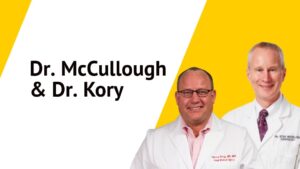