Truth Social: Here Are the Regions Where the Trump Social Media Is Available

Truth Social: Here Are the Regions Where the Trump Social Media Is Available

Truth Social is currently “Rate-limited’ and only available in a few countries.

Earlier today, we wrote that former Donald Trump’s, former US President, social network, called Truth Social, became available. The social media network has been under development for over a year, and the application, alongside the website, just went live on February 21, 2022 – on Presidents Day.

Registering and signing up is easy, and we’ll have a guide telling you how to do it if you want to test it out. The service is currently under a lot of loads, and you may have issues accessing the website or the application, although that should be solved in a few hours or a few days. Unfortunately, if you’re not based in the US or Canada, you’re out of luck at the time of writing this article.

The Truth Social media platform is currently only accessible for those living in the US and Canada, and none of our team members were able to access the site from the UK, India, and Australia. It’s worth keeping in mind that if you have a VPN, you’ll be able to access the website, and likely create an account.

For those unaware, Truth Social is very similar to Twitter, and even the profiles and the mechanism are basically an entire copy of Twitter. Users can retweet (truth, and re-truths), like content, and comment. The application has a home tab, search, notifications, and direct messages, much like Twitter on Android and iOS. Speaking of Android, the application is still under development, and you currently need to have an iPhone to access Truth Social on your phone. 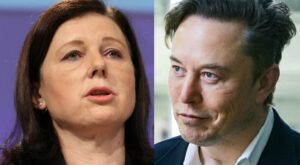 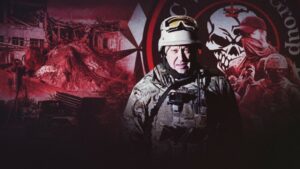 The Entire Town is Littered With Bodies’: How Ukraine Suffered a Humiliating Defeat in Soledar After a Relentless Russian Assault