White House officials reportedly believe Kiev should redefine what it would consider victory against Russia.

Some members of the US government are skeptical about Kiev’s ability to turn the tide of war against Russia and mount an effective counteroffensive to retake territories lost in the past four months, CNN reported on Tuesday. They believe Ukrainian President Volodymyr Zelensky should moderate his expectations and redefine what he would consider victory against Russia, the news outlet said.

Others remain hopeful that Kiev can defy the odds, if provided enough Western weapons.

“Whether Ukraine can take back these territories is in large part, if not entirely, a function of how much support we give them,” a US congressional aide was cited as saying.

The skeptics are concerned that even with Western military aid, Kiev will not be able to effectively take on Russia on the battlefield, the report said. Ukraine has suffered heavy losses both in manpower and weapons, as its forces have been repelled from key areas in the east in recent weeks.

The more advanced arms that Kiev’s backers can provide are NATO-standard and not familiar to Ukrainian troops, who need time to train and learn how to use them. Meanwhile, the stockpile of Soviet-era weapons that nations in Eastern Europe possess has been dwindling.

Zelensky has pledged to continue fighting until Russian troops are pushed back to where they were before the offensive started in late February. Kiev expected the Western support to give it a stronger position to eventually negotiate a peace settlement, and Washington believed it would ensure a strategic defeat for Russia.

CNN’s sources say the Biden administration did not intend to put pressure on Kiev to adjust its policies, mirroring public statements by US officials. Even if the advice of the skeptics is heeded, Zelensky is not expected to formally relinquish Ukrainian claims on lost territory, the report said.

Russia attacked the neighboring state following Ukraine’s failure to implement the terms of the Minsk agreements, first signed in 2014, and Moscow’s eventual recognition of the Donbass republics of Donetsk and Lugansk. The German- and French-brokered protocols were designed to give the breakaway regions special status within the Ukrainian state. 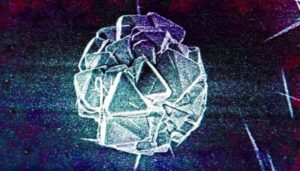